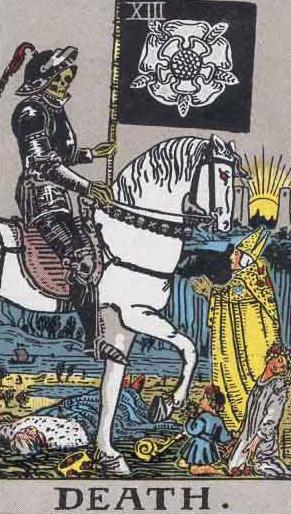 We’ve all seen the Death Card within the tarot deck which makes so many scared at it’s presence. You’ll be shocked to find out the that the death card tarot meaning is not quite what you’d expect.

Each tarot card in the deck (there are 78) has its own meaning, number and symbolism. The cards are divided into two sections: the major and minor arcana. Each arcana has its own role to play.

The minor cards tend to shed light on our day-to-day challenges and circumstances, while the major arcana reveal deeper mysteries and life events.

In other words, the cards are archetypes that help us to understand the energies that are inherent in a given situation that we are facing or are about to encounter.

Other than the dreaded Tower Card, there is probably no other tarot card in the deck that is more feared (or misunderstood) than the Death Card. To add to its mystique, this card also bears the number thirteen (which some consider the number of misfortune).

The Death Card however, does not usually mean physical death. Rather it symbolizes the end of life phases and deep changing processes, beginnings and endings. You could think of the death card as a messenger or sign post pointing to the start of another journey or the end of an old one.

The Radiant Rider Waite deck, for instance, depicts death (in skeletal form) riding upon a white horse. He is carrying a standard, bearing the image of a white rose against a black background.

Death is wearing armor and facing a priest and several others; his horse is stepping over the body of a fallen noble. A crown and a key lie discarded upon the ground. Behind him, a new day is dawning. Just as spring rises from the bones of winter, change shakes the earth.

Death makes way for hope to rise like a phoenix from the ashes of what has gone before.

The message is that no one can conquer death or resist change. All of life moves in cycles. The rose represents immortality and the constant cycles of rebirth (from bud to bloom). The noble and peasant alike must face transition, including the ultimate transition of death (which is the beginning of a new passage as well).

The truth is that old things are swept away so that new phases can begin. Without death, there can be no life. Seasons, tides, phases of the moon, the cycles of beginning and endings are all part of the great mystery that death represents. Do not resist change, instead embrace the changes that this card heralds.

See, the Death Card tarot meaning doesn’t mean dying is in your future whatsoever. So there’s no need to worry! 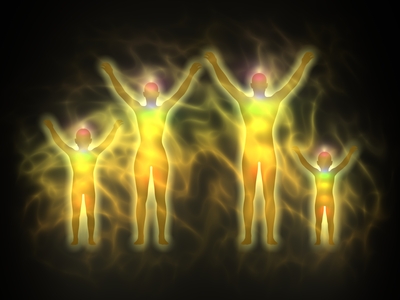 What is an Aura?