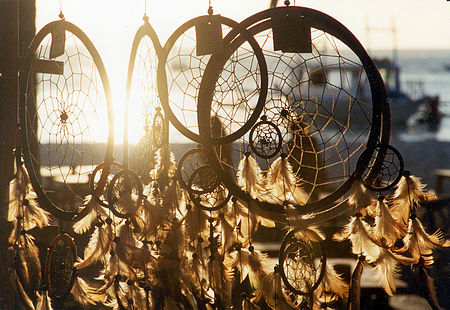 Dreamcatchers are instantly recognizable as an important  piece of Native American culture. But what exactly is the meaning behind them?

Loosely translated from Native American language it is the inanimate form of the word spider, or a dream snare.

It is based upon a wooden hoop containing a “web” and usually decorated with sacred objects such as feathers and beads.

The Ojibwa tribe is considered the originators of the dreamcatcher, and was thought to be spread through commerce and marrying between neighboring tribes. In the late 60s and 70s more tribes adopted them and it became a symbol of peace between tribes.

Many of today’s tribes feel that the dreamcatcher has been devalued and disrespected through the commercialization of their sacred artifact. This brings up a very important point. When dealing with any idea or artifact of this nature it is very import to show respect.

The meaning of them is something that is very sacred to many peoples and that needs to be respected.

Dreamcatchers and Their Origins

The Ojibwa tribe believed that they could change the dreams that you experienced. They believed the meaning of the dreamcatcher was that it only let through good, positive dreams. By doing this it kept the negative or bad dreams trapped to be destroyed by the light of day.

Other tribes believed that the good dreams were the ones trapped and the bad would pass through and away from the dreamer. If you decide to use the help of a dreamcatcher, then as I mentioned please be positive and respectful so they can be personal and pure to you as well. 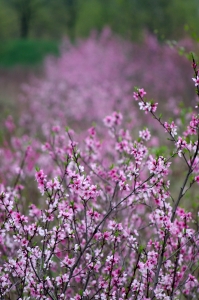